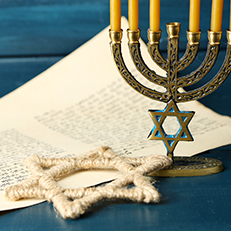 MONROE TOWNSHIP - DONALD STANLEY HIRSCHHORN passed away peacefully at home on Sunday, January 12, 2020. He was 92.

Donald was born in Brooklyn, New York, on August 30, 1927, to Irving Hirschhorn and Bessie Passoff, both immigrants from Russia. He raised his family in Jericho, Long Island before moving to Hawley, PA, where he and his wife, Sandra, designed and built their dream home on a lake, and Boca Raton, FL. They moved to Monroe Township nine years ago.

Donald served as a Technician Fifth Grade for the U.S. Army until 1946. A World War II veteran and member of the Greatest Generation, he was particularly proud of his service stationed at the Panama Canal Zone.

Shortly after graduating from City College in New York, in 1952, he started a business distributing numismatic and philatelic products to retailers. As a boy, Donald was an avid stamp collector; by 1964, he had formed Don Hirschhorn, Inc. with offices in New York, Wisconsin, Pennsylvania, Massachusetts, Puerto Rico as well as Canada and England. By the late 1960's he began publishing his own line of stamp and coin collecting products including prepackaged stamps featuring specific themes, stamp albums and coin folders.

Donald was a member of the Nassau County Board of Elections and later, when he moved to Florida, he volunteered at Loxahatchee to help protect the Everglades ecosystem. He and Sandy played active roles in the Jewish Genealogical Societies of Palm Beach and New York as well as Yad Vashem, the World Holocaust Remembrance Center. Donald was formally recognized by Yad Vashem for coordinating the Shoah Victims Name Recovery Project in an attempt to memorialize each Jew who perishing during the Holocaust. He also assembled a volunteer corps in South Florida to assist survivors in submitting pages of testimony.

Donald was predeceased by his sister, Toby Denise Goldberg in 1992.

Donald was the proud patriarch of a large extended family and organized various reunions to remind younger generations of the contributions family members had made to the United States. His wise and loving counsel to family members will be greatly missed, as will his steadfast, uncomplaining manner and good humor.

Funeral services will be held Wednesday, January 15, 2020 at 11:45 AM at MOUNT SINAI MEMORIAL CHAPELS, Cranbury Road at the corner of Evergreen Blvd, East Brunswick. Cremation will be private. For directions, please visit our "Services" page.

Memorial contributions can be made in Don's memory to Yad Vashem in Israel https://www.yadvashem.org/.

The attached photos are added to the memorial of Donald Stanley Hirschhorn to help share their legacy.

Thank you for sharing your memory of Donald

Share on Facebook
No thanks. Go back to obituary.
Where you’re treated like family.
We provide compassion and unconditional quality for our community, our family.
Donald Stanley Hirschhorn Obituary |