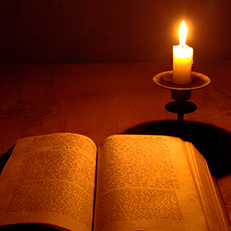 Get Tribute Updates
Share on Facebook
Confirmation Grief Tribute Notifications
Iframe toggler
How Did We Do?
Review Us
Find Us On Facebook
Join Now
Get the latest updates for Leonard Merer's obituary straight to your phone Signup Now

Born and raised in Brooklyn, NY, Leonard met his beloved wife, Sylvia Plavin there and married her on December 12, 1943. Together, they moved to Long Island, NY, in the 1950's, where they raised their family in Levittown, Bethpage, and Douglaston. Following that they they moved to Coconut Creek, FL, for a few years before making Monroe Township, NJ, their home.

Leonard served our country honorably as a Medic in the US Army during World War II. He received the Medal of Honor from the President of France, for his fearless leadership in the Invasion at Normandy. Upon his arrival back home, Leonard completed his Bachelors in Pharmaceuticals at St. Johns University. He worked as a Pharmacist for over 60 years, which included several pharmacies throughout New York, and his own in Deer Park, Long Island. He retired in 2007.

Leonard was an avid reader of mystery books, a diehard Mets fan, and a world traveler. His favorite trips were to the Azores in Portugal while in the Army, and throughout Europe later in life with his wife. Leonard also loved attending religious services at the local shul.

Leonard was predeceased by his wife, Sylvia (Plavin) in July 2010 and two brothers, Harris and Stanley.

Services were private under the direction of Mount Sinai Memorial Chapels, East Brunswick. To leave a message of condolence please visit our "Tributes" page.

Dear Marian. My sincere condolences for the loss of your father. I know how devoted you were to each other, and so his passing is particularly sad. May it be of some comfort to know that your many friends of the FDR Club, including me, extend our support and concern to you. From Judy Abbot

Dear Marian: I am so sorry to hear out the passing of your father. My sympathy to you and the entire family. Novlette Clarke

Dear Marian, So sorry to hear of the loss of your father. May he rest in peace.

so sorry about the passing of your dear father. May he rest in peace. Dianne And sandy Sandler

He was the most incredible person. I am honored and blessed to have had him in my life. May his name forever be a blessing❤️

So sorry. He was a wonderful person.
Joan Merer Krotenberg

The services for Leonard have not yet been added. Please sign up below to be notified when the services are ready.

The attached photos are added to the memorial of Leonard Merer to help share their legacy.

Please help memorize Leonard Merer by recording your attendance below.

Thank you for sharing your memory of Leonard