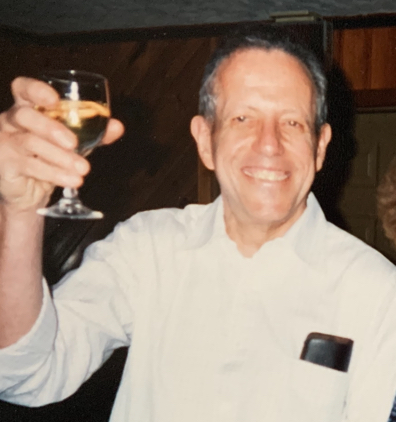 Get Tribute Updates
Share
Confirmation Grief Tribute Notifications
Iframe toggler
How Did We Do?
Review Us
Find Us On Facebook
Join Now
Get the latest updates for Morton B. Lipetz's obituary straight to your phone Signup Now

Mort was born August 3, 1935, in Queens, New York, to the late Philip and Esther (Pivo) Lipetz. He grew up in Queens and attended the prestigious Stuyvesant High School. His family moved to Toms River, New Jersey, before Mort's senior year of high school, where they owned a chicken farm. He later regaled his kids with stories about summers spent vaccinating chickens.

In 1956, Mort graduated from Rutgers University with a Bachelor of Science degree in Civil Engineering. He was employed by Edwards & Kelcey for 23 years, where he was a firm Associate and Director of Data Services back in the early days of computing. He started his own firm--MBL and Associates--after E&K and served as an adjunct professor at Brookdale Community College in Lincroft. Mort finished his career as the Manager of Information Services for Langan Engineering.

He played a large role in the advancement of computing in civil engineering, including creating and serving as chairman for the American Society of Civil Engineers' Conference on Computing in Civil Engineering. He was also President and an Executive Board member of CEPA (Civil Engineering Program Applications) and President of COMPUTE (Computer Organization of Multi-Purpose Users Third Generation Equipment), among other group memberships and positions.

Mort also served Holmdel for several years, first on the Mayor's Legislative Committee and then as a member and then Chairman of the Planning Board in the early '70s.

Mort met his beloved wife of 63 years, Evelyn, at a beach get-together with friends. Together with a contractor, they designed and built their dream house in Holmdel--a home where they raised four kids; yelled from room to room; engaged in insightful, sometimes fractious, and often funny dinner-table conversations; listened to music by a crackling fire; and hosted an assortment of life events, holiday dinners, and parties. Sandy Hook was a favorite summer destination, and Mort maintained both a saltwater tank with hermit crabs and starfish and a freshwater tank with neons, tetras, and more.

Traveling was one of the things Mort enjoyed most--he and Evelyn had traveled out West a few times early in their marriage and snorkeling in the Virgin Islands was also one of his favorite activities--and after retirement they were blessed to be able to travel around the world, on multiple trips and river cruises. When the COVID-19 pandemic hit, they'd been scheduled to go on their "last, last, last" cruise down the Rhine and then through Bordeaux. Mort enjoyed wine--a love he passed on to his children. Other hobbies included maintaining a Lionel train collection, which he ran around a makeshift town layout to the joy of two generations of kids.

Mort could fix anything, and we're not talking duct tape. Nothing was completely done until he'd given it "the acid test." He was a self-taught master woodworker who maintained an ever-growing workshop. Over the years his creations included three dollhouses and one general store for his kids, all of the cabinets in the bathroom and kitchen he renovated himself, a rolltop desk, and an assortment of complex bookcases and hutches.

Although he may have rarely said, "I'm sorry," and didn't suffer fools gladly (or quietly), Mort showed his family he loved them and was proud of them in myriad ways. Among those who will remember him with a smile are his wife Evelyn (Friedlander); children Ellie Lipetz and her partner Ben Gray, Jen Burke and her husband Bob, Ben Lipetz, and Rachel MacAulay and her husband Doug; and grandchildren Ciaran, Erin, Jonathan, Zachary, James, and Rebecca.

There will be a private graveside funeral under the direction of MOUNT SINAI MEMORIAL CHAPELS, East Brunswick. Shiva will be held at the Lipetz home in Holmdel on Wednesday and Thursday, July 7 and 8, from 6-9 p.m.

Memorial contributions may be sent to 180 Turning Lives Around (https://180nj.org) and Fulfill (https://fulfillnj.org).

To
Evelyn and family: Just heard of Mort's passing and we extend our deepest sympathy to all of you. Mort will be missed by many. You are in our thoughts and prayers. God Bless You. Bob, Jane, Dawn Baker Eckel & Rob Baker

Sending my heartfelt condolences on your loss.

Sending love and peace to the family.

The services for Morton have not yet been added. Please sign up below to be notified when the services are ready.

The attached photos are added to the memorial of Morton B. Lipetz to help share their legacy.

Please help memorize Morton B. Lipetz by recording your attendance below.

Thank you for sharing your memory of Morton