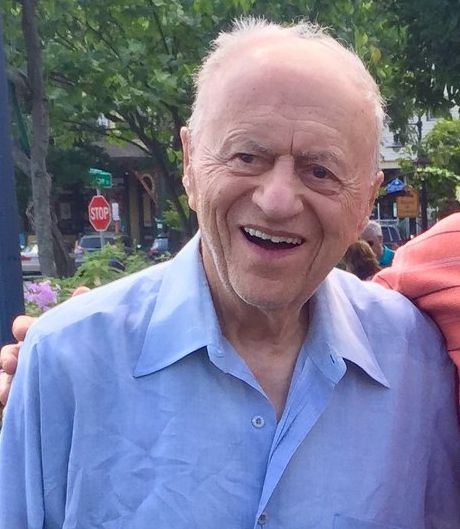 Get Tribute Updates
Share
Confirmation Grief Tribute Notifications
Iframe toggler
How Did We Do?
Review Us
Find Us On Facebook
Join Now
Get the latest updates for Michael Kesler's obituary straight to your phone Signup Now

EAST BRUNSWICK - Dr. Michael Kesler died August 23, 2021, from advanced Parkinsons disease at the age of 97, surrounded by family at his home in East Brunswick, NJ. Born in Dubno, Poland (now Ukraine), Michael and his sister Luba fled their family home to escape the Nazis. They wandered through 3,000 miles to Uzbekistan. During four years, they suffered yet persevered in their quest to survive.

In his career as a chemical engineer in the petroleum industry, he was employed by M.W. Kellogg in New York City. While there, he created one of the first chemical engineering simulation programs, The Flexible Flowsheet. He then worked for Exxon, then Mobil Oil. While at Mobil, he created a well-known set of mathematical tools called the Lee-Kesler Correlations, with his colleague B.I. Lee.

Dr. Stanley Sandler, former editor of the American Institute of Chemical Engineers Journal, remembers Dr. Kesler's papers as being among the most cited in the journal in fifty years.

When Dr. Kesler retired in the 2000s, due to blindness caused by glaucoma, he embarked on a new career as a nonfiction writer. He authored four books, beginning with editing his late wife's account of surviving the Holocaust and finding a new life in America, as a Harvard-educated pediatrician. He followed that with a memoir of his World War II experiences and a self-help book for when cancer strikes a family. His latest volume, The Remnant, published in April 2021 by Vallentine Mitchell (UK), concerns the remnant of Polish Jewry who survived the War by fleeing to the Soviet Union. Dr. Kesler was indeed a part of that remnant and felt it imperative to share his story in light of the world's ongoing refugee crises.

Dr. Kesler always valued his participation in Jewish life, culture and literature. He served as the cantor of the Paramus Jewish Center, and more recently founded Tales of the Past Promoters (TOPPs), celebrating the history and culture of European Jewry. For his contributions, he received a Legacy Award from the East Brunswick Public Library Foundation at its 2018 Gala.

The funeral will be held on Wednesday, August 25 at 11:30 a.m. at Congregation Neve Shalom, 250 Grove Avenue, Metuchen, under the direction of MOUNT SINAI MEMORIAL CHAPELS, Cranbury Road at Evergreen Blvd., East Brunswick. Only those who are vaccinated are invited to attend and masks are required. For directions, please visit our "Services" page.

The attached photos are added to the memorial of Michael Kesler to help share their legacy.

Please help memorize Michael Kesler by recording your attendance below.

Thank you for sharing your memory of Michael