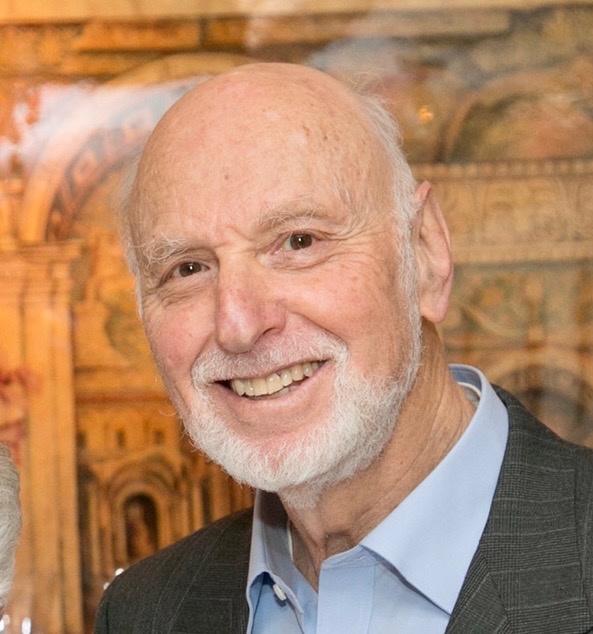 Get Tribute Updates
Share
Confirmation Grief Tribute Notifications
Iframe toggler
How Did We Do?
Review Us
Find Us On Facebook
Join Now
Get the latest updates for Fredric J. Feldman's obituary straight to your phone Signup Now

Fredric J. Feldman, a 50-year resident of East Brunswick, NJ, passed away quietly on Tuesday, November 16, 2021 at Arden Courts in West Orange after a battle with Alzheimer's.

Born in New York to William and Bertha Feldman, Fred excelled academically from a young age. After graduating high school early, he attended Cornell University at age 16, from which he graduated with an A.B. in 1960. He helped fund his college by making $15 per week waiting tables at the hotel school, but his aspirations took him beyond Cornell. Upon graduating Cornell, Fred attended Columbia Law School, graduating with an LLB in 1963. Before Fred could actually start practicing law, he joined the Navy in August of 1963. Upon being Honorably Discharged from the Navy in 1965, Fred quickly passed the NY bar (followed by NJ a few years later) so he could start his legal career, while simultaneously remaining in the Navy reserves as an Officer on Special Duty, where he remained until 1973.

On November 19, 1967, Fred married the love of his life, Myra Jean Abeles, in Pittsfield, Massachusetts. After leaving the Navy full time, Fred went back to school, receiving his LLM in Taxation from NYU in 1969. Upon graduating from NYU, Fred and his wife Myra moved to East Brunswick, where they lived in the same home for 50 years, gaining many lifelong friends and memories.

After practicing at several prominent New Jersey law firms, Fred settled down into private practice as a solo practitioner at his own firm, where he specialized in taxation and estate planning. In an effort to share what he had learned over the years; Fred also spent many years teaching various legal and business courses at Kean College in Union.

Being very passionate about his Jewish culture, Fred enjoyed attending temple at the East Brunswick Jewish Center every week, while being an active member of Men's Club and learning as much as he could about Judaism through studying the Talmud as often as possible.

Those who knew him, knew that Fred was never too far from a newspaper, reading several of them cover to cover every day - even if he fell behind a few days (or more). He never stopped learning.

Fred is survived by his beloved wife Myra, his two children, Karin and Michael, their spouses Daniel and Anne, Fred's older sister Carol, and his grandchildren Jake, Ethan, Jordyn, Evan and Ryan - all of whom became the true apples of his eye. Fred will be missed by all who knew him, and remembered by all who met him.

A temple service will be held on Friday, November 19, at 9:45 AM in the East Brunswick Jewish Center, 511 Ryders Ln, East Brunswick, NJ 08816, under the direction of MOUNT SINAI MEMORIAL CHAPELS, Cranbury Road at Evergreen Blvd. Interment will follow at Beth Abraham Cemetery, East Brunswick. For directions, please visit our "Services" page.

Mrs. Feldman, your husband lived a wonderful life and will be dearly missed.

The attached photos are added to the memorial of Fredric J. Feldman to help share their legacy.

Thank you for sharing your memory of Fredric