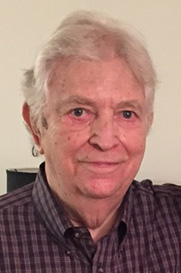 Get Tribute Updates
Share
Confirmation Grief Tribute Notifications
Iframe toggler
How Did We Do?
Review Us
Find Us On Facebook
Join Now
Get the latest updates for Edward H. Grossman's obituary straight to your phone Signup Now

Born in Hartford, CT, during the Great Depression in 1930, Ed would move 18 times before graduating from high school. His last stop was New York City. He joined the Army in 1948 where he served for one year and in the active reserves for five.

There was a constant in Ed's life, and it was the movies. His mother loved them and would take him anytime she could, sometimes instead of school.

Ed settled in Monroe, NY, where he vowed not to move for at least six months and wound up residing there for 50 years. In Monroe, he opened his own business as an independent insurance broker, The Grossman Insurance Agency. During this time, he dabbled in real estate sales, which would eventually become his fulltime occupation, opening "Grossman Realty."

Ed recognized there was untapped potential in an area near Monroe called Mountain Lodge Park. Becoming an expert in the area and the man to see about a house, he was dubbed "The King of Mountain Lodge."

Despite the demands of his business, Ed found time to pursue his love of theater. He performed in local musicals, tapping into the movie experiences he had with his mother. Ed was especially light on his feet and could groove with the best of them. He was often cast in feature in roles including Pseudolus in A Funny Thing Happened on the Way to the Forum, and Bellamy as The Girl's Father in The Fantastiks. While he rehearsed, Ed filled the house with music wherein his family got to know entire musicals by heart, too!

The environment Ed and Carole created in their home fostered friendships. They were known as the cool parents who liked rock and roll and enjoyed dancing in the house as the friends of their sons, Peter, Leonard, and Steven observed with joyful curiosity and delight. As one friend said, "I always appreciated how they regarded our chicanery with a decided sense of humor." When Carole met Ed, she was attracted to Ed's sweet demeanor, and later, when Ed became a father, he would be a role model to his sons, demonstrating what it's like to be a loving man.

As a grandfather, Ed loved spending time with his grandchildren and entertaining them with stories of his childhood and exploits in the military.

Ed eventually sold his real estate company to the Prudential Real Estate Company, and later moved on to Weichert Realtors where he retired from the company in 2009.

In Monroe, NY, Ed was a congregant of the Monroe Temple Beth-El and for several years was a member of the board. His faith played a key role throughout his life.

During his retirement, Ed enjoyed spending time with his family, playing lots of Scrabble and Boggle, and especially poker with his friends.

Ed was predeceased by his parents, Nathan and Lena Grossman, his sister, Millie, and his brother, Herbie.

A graveside service will be held on Sunday, May 8, 2022, at 12:45 pm, at Beth Israel Cemetery, Highway 1 & Garden State Pkwy, Woodbridge, under the direction of Mt. Sinai Memorial Chapels, East Brunswick. For directions, please visit our "Services" page.

Memorial contributions can be made in his name to HIAS at act.hias.org.

The attached photos are added to the memorial of Edward H. Grossman to help share their legacy.

Thank you for sharing your memory of Edward