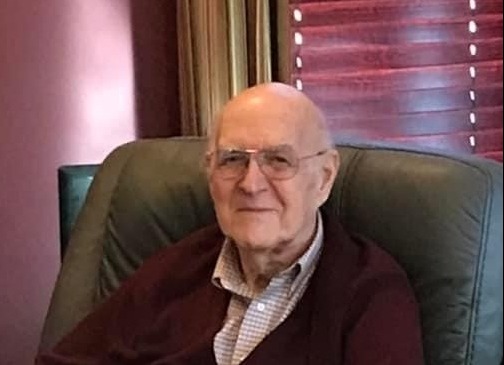 Get Tribute Updates
Share
Confirmation Grief Tribute Notifications
Iframe toggler
How Did We Do?
Review Us
Find Us On Facebook
Join Now
Get the latest updates for Albert L. Kapit's obituary straight to your phone Signup Now

HILLSBOROUGH - ALBERT KAPIT passed away on Monday, November 14, 2022, at Bridgeway Care and Rehab Center in Hillsborough. He was 94 years old.

Born to Isidore and Dora (née Tucker) Kapitowitz, in Bronx, NY, he was raised with his two sisters, Mary and Anna. He spent many summers in Swan Lake, NY, with an aunt and cousins and enjoyed fishing throughout his life. His favorite subject was history; as a teenager, he collected an extensive series of newspaper articles covering WWII that has recently been loaned to the Smithsonian.

After graduating from Aviation High School, Al worked in a pharmacy and owned a soda truck and ran a delivery business, until he was drafted into the Army. He served two years at White Sands Proving Grounds in New Mexico during the Korean War.

After returning to the Bronx, Al answered an ad in the Bronx Home News that read, "Job opening for someone who wants to learn a business". The job was with Bright Star Fabrics, and Al learned about the fabric business and became a salesman there.

Al met the love of his life at the 92nd St Y when his buddy pulled a lady's shoe and thought that woman would be too tall for him, and handed it to Al. Al was smitten with Marlene, and he proposed marriage very soon thereafter. They were married in 1955 and lived in the brownstone that Marlene grew up in, along with her parents. In the years that followed, Marlene gave birth to three sons: Wynn, Joel and Don. Just before Don's first birthday, the family moved to Colonia, NJ. Al drove the family across the Verrazano bridge about one week after it opened in December 1964, and said goodbye to Brooklyn.

Al and Marlene settled into life in Colonia, and became active members of Temple Beth Am. Their home became a place of many family gatherings, along with regular trips to family in Brooklyn and the Bronx. Marlene's mother, Rose, passed away in 1967, spending her final days in Colonia. Marlene wanted to have another child to honor Rose, and Rhonda was welcomed to the world a few years later.

Al worked at Bright Star fabrics for 17 years. He had been given the expectation of becoming a partner for a number of years, but that never became a reality. Al decided to strike out on his own and formed Metro Mills in Paterson, NJ, along with two partners, in 1969. The drapery and bedspread manufacturing business became successful, and enabled Al and his partner, Frank Pepe, to raise their families and employ as many as fifty people. Al retired in 1993, with Don taking over Al's work.

In his leisure time, Al enjoyed many interests, including sailing, building model railroads and replica tall ships that were gifted to loved ones. He was an avid reader, loved opera and classical music, and decided to take violin lessons at age 73. Al was always fishing, especially up in White Lake, New York, where they owned a second home and enjoyed sunset pontoon boat rides on the Lady Marlene.

After 46 years in Colonia, Al and Marlene moved to Monroe Township in 2010. Their marriage of 61 years ended when Marlene passed away in 2017.

Surviving are his sons, Wynn and his wife, Lorraine of Kenner, LA, Joel and his wife, Susan, of Perrineville, Don and his wife, Dolores, of Wayne; his daughter, Rhonda Wynston-Kraft and her husband, Andrew, of Hillsborough, along with nine grandchildren and a great-granddaughter.

A chapel service will be held on Friday, November 18, 2022, at 11:15 AM at MOUNT SINAI MEMORIAL CHAPELS, 454 Cranbury Road, East Brunswick, interment will follow at New Mt. Zion Cemetery, Lyndhurst. For directions, please visit our "Services" page.

Donations in Al's memory may be made to the Woodbridge Cultural Arts Center, 582 Rahway Avenue Woodbridge, NJ, 07095, where Al volunteered operating the Lionel Trains exhibit at the Barron Arts Center for several years.

Your dad was the best. Great times back in the day. 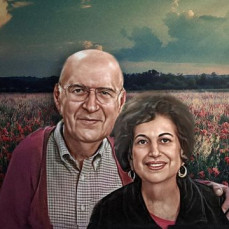 The attached photos are added to the memorial of Albert L. Kapit to help share their legacy.

Thank you for sharing your memory of Albert